RULES OF ESTABLISHMENT FOR EUROPEAN DATA CONTROLLERS AND DATA PROCESSORS

In July, I told the short version of the story of Mario Costeja González. His crusade to have an 11 year old embarrassing newspaper report removed from search results on his name brought him up against Google and into the European Court of Justice. It resulted in the landmark “Right to be Forgotten” ruling and ironically ensures that Senor Costeja González will forever top google search results! The court case highlighted some of the difficulties that European data subjects could encounter when attempting to exercise their rights to access, rectification and objection under the current law. Google attempted to argue it was not established in Spain as a data controller since its data processing was not carried out in Spain. In the Max Schrems Vs Facebook case Vienna-based Mr Schrems was required to complain to the Irish Data Protection Commissioner and when he received what he interpreted as an unsatisfactory response he had to appeal in the Irish Courts before having the case transferred to the European Court of Justice. These cases highlight some of the new rules governing the establishment of Data Controllers and Data Processors in the EU.

WHAT IS A DATA CONTROLLER AND A DATA PROCESSOR?

A data controller is defined as the entity who determines the purpose and methods of processing data. A data processor is the entity who carries out the processing on behalf of the controller. A simple test to determine if you are a processor or controller is to ask whether the data would be processed if you didn’t exist(controller) or if someone giving you instructions didn’t exist(processor). It’s possible to be a processor and controller for the same data. A data processor may undertake one set of actions on data on behalf of a controller and a different set of actions by their own choice. Since they determine the second set of actions they are a controller in this instance. These definitions are unchanged from the existing EU Directive 95/46. What has changed is some of the rules around “Establishment” of the controller and processor. Establishment here means how it is determined under which EU member state’s jurisdiction a company operates for the purposes of data protection.

WHY IS ESTABLISHMENT IMPORTANT?

WHAT THIS MEANS WHEN DEALING WITH DATA SUBJECTS.

GDPR introduces some very complex rules for SAs. For the most part, only SAs need to be concerned about these. In a nutshell, they must cooperate and communicate and they must do so in a timely manner. For data controllers and data processors, the GDPR defines a Lead Supervisory authority who is responsible for supervising cross-border processing. The lead SA is the SA based in the EU member state where the data controller (or processor) is established. If a data subject makes a complaint to the SA in the member state where they live, then that complaint may be dealt with by the originating SA or by the lead SA. The originating SA must inform the lead SA about the case. The decision about which SA handles the case rests with the Lead SA. The significant change for companies who are operating in the EU is that they may be required to deal with SAs from a number of member states. Depending on where the data subject lives or works they could end up dealing with many different European data protection authorities. However, the one-stop-shop mechanism kicks in where there is an issue in member states where they are not established. In this case, the data controller should expect to deal with their own SA(the lead SA). Also, in the spirit the Digital Single Market aim facilitate cross-border trade the regulation allows the Lead SA to choose to deal with all cases that come up across EU member states regarding a data controller established in their member state. It also states in Article 57.6 “The lead supervisory authority shall be the sole interlocutor of the controller or processor for the cross-border processing carried out by that controller or processor.” The burden for coordination, communication and investigation of cross-border data protection issues does appear to sit with the European Supervisory Authorities. Its going to be important for data controllers to clearly identify their country of establishment in the EU. They will need to clearly communicate this information to data subjects. Companies will need to ensure that they have a reasonable level of awareness and competency in data protection in every EU member state where they are established in order to avoid dealing with multiple supervisory authorities in the case of cross-border data requests. Data controllers and processors would benefit from adopting similar procedures and time frames to those laid down in the GDPR for intra-member state supervisory authority cooperation.

WHAT IF IT ALL GOES WRONG AND YOU END UP IN COURT?

SO, WHAT DOES IT ALL MEAN FOR EU BASED COMPANIES?

My best advice for companies – data processors or data controllers – who carry out cross-border data processing is to examine the rules under which the EU Supervisory Authorities will operate. Put in place a similar set of procedures for your company that will ensure you can work effectively across member states. 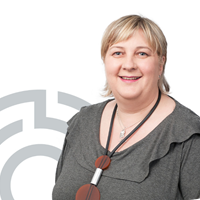 Marie's interest is in data protection operations focusing on people and process to manage personal data processing risk in large and small organisations with a special interest in privacy by design.

Fort Privacy processes your personal data in order to respond to your query and provide you with information about our products and services. Please see our Privacy Statement for further information

Maturity Model Frameworks are all the rage!

Documenting the Technical and Organisational measures